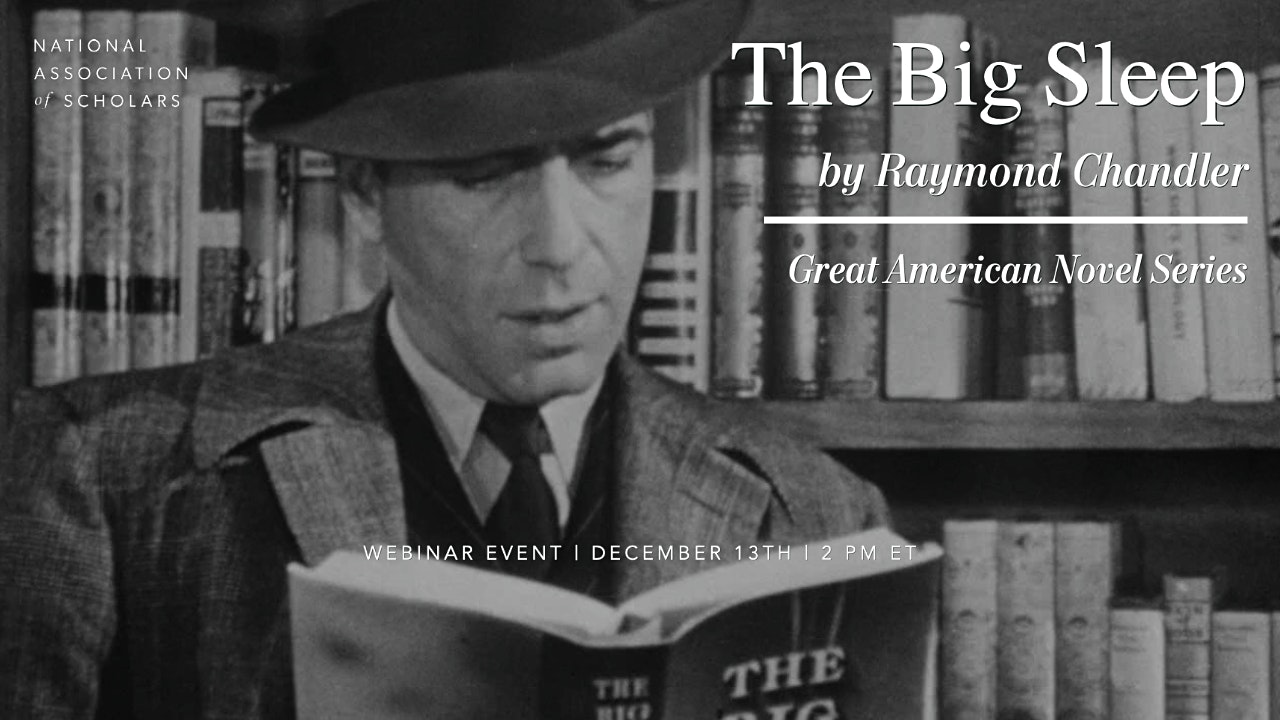 “You were dead, you were sleeping the big sleep, you were not bothered by things like that, oil and water were the same as wind and air to you. You just slept the big sleep, not caring about the nastiness of how you died or where you fell. Me, I was part of the nastiness now. Far more a part of it than Rusty Regan was.”

What makes The Big Sleep a great American novel? Does The Big Sleep focus more on atmosphere than on plot? Why? Would this become a standard in later crime fiction? Who influenced Chandler’s writings, and who did his writings influence?

Join the NAS on December 13th at 2pm ET to find out!