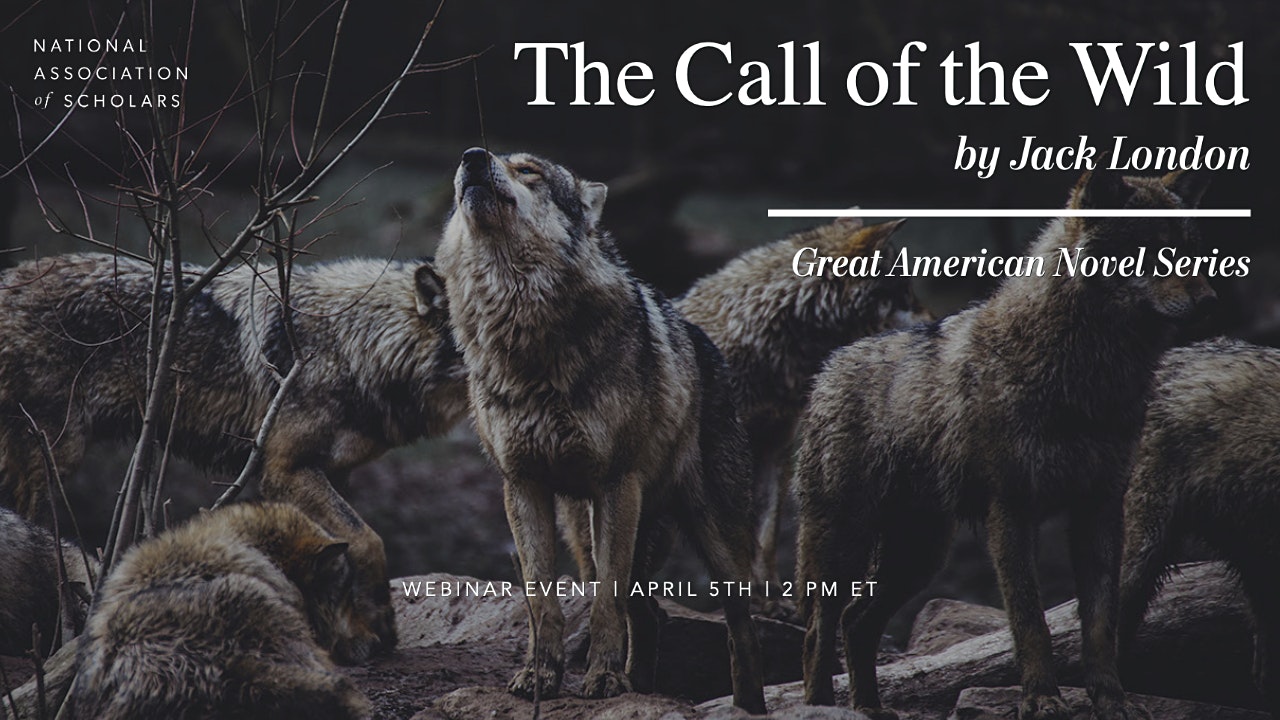 The Great American Novel Series: The Call of the Wild (Jack London)

Details
Date:April 5, 2022
EDT
RSVP Now
What makes The Call of the Wild a great American novel?

“He had learned well the law of club and fang, and he never forewent an advantage or drew back from a foe he had started on the way to Death… He must master or be mastered; while to show mercy was a weakness… Kill or be killed, eat or be eaten, was the law; and this mandate, down out of the depths of Time, he obeyed.”

What makes The Call of the Wild a great American novel? How does the novel exemplify American pastoralism—the return of the mythic hero to nature? Who influenced London’s writings, and who did his writings influence?

Join the NAS on April 5th at 2pm ET to find out!