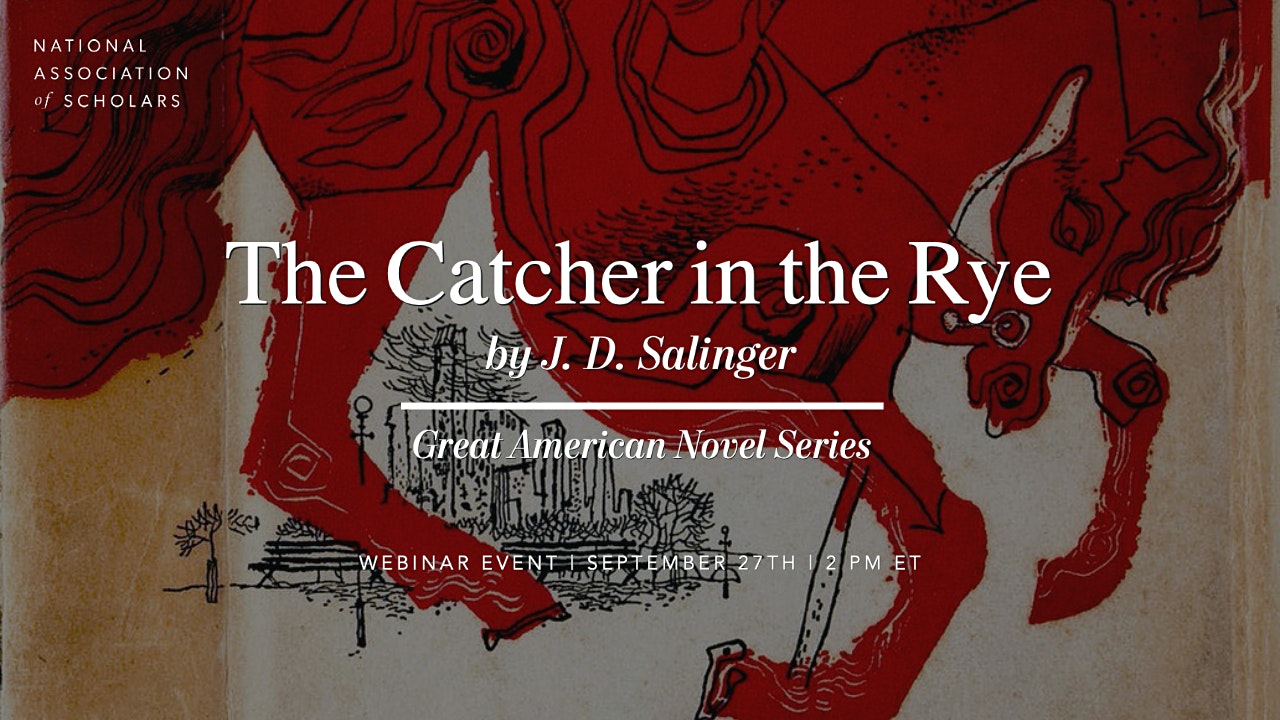 The Great American Novel Series: The Catcher in the Rye (J.D. Salinger)

Details
Date:September 27, 2022
EDT
RSVP Now
What makes The Catcher in the Rye a great American novel?

“I’m standing on the edge of some crazy cliff. What I have to do, I have to catch everybody if they start to go over the cliff – I mean if they’re running and they don’t look where they’re going I have to come out from somewhere and catch them. That’s all I do all day. I’d just be the catcher in the rye and all. I know it’s crazy, but that’s the only thing I’d really like to be.”

What makes The Catcher in the Rye a great American novel? How does Holden deal with feelings of isolation and alienation? Is he a static character, or does the ending mark a maturation of his outlook? Who influenced Salinger’s writings, and who did his writings influence?

Join the NAS on September27th at 2pm ET to find out!