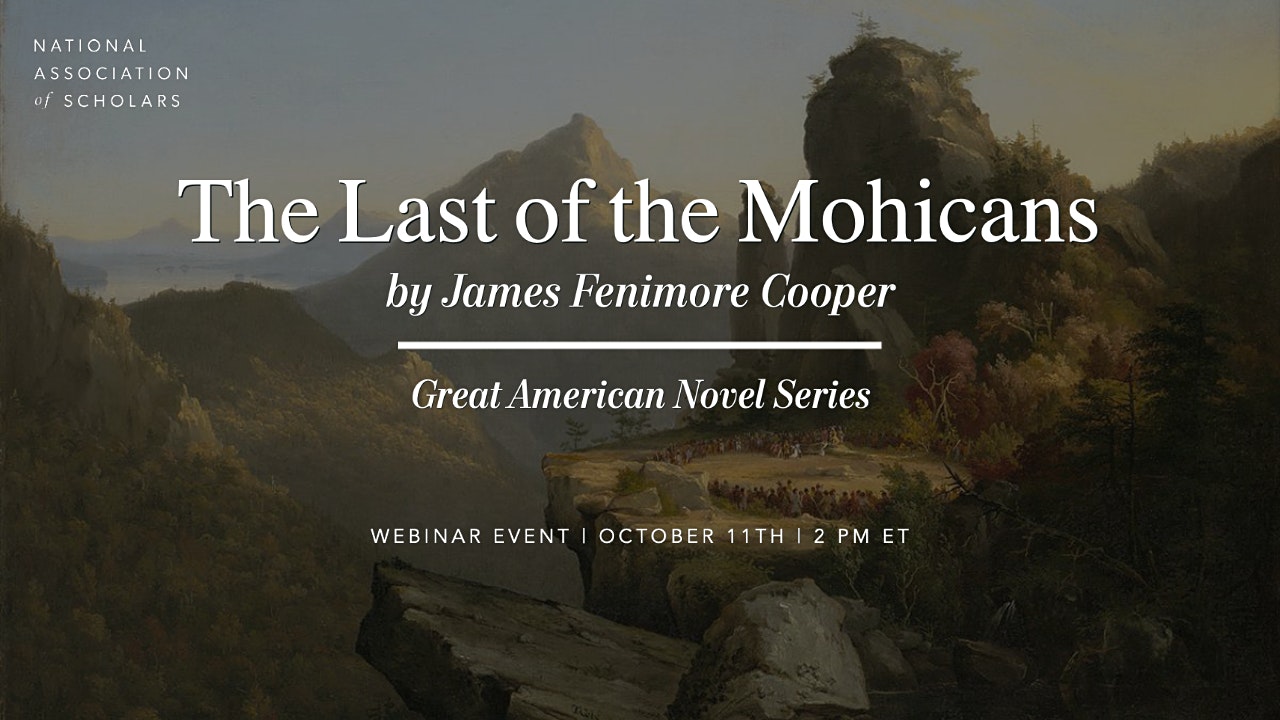 The Great American Novel Series: The Last of the Mohicans

Details
Date:October 11, 2022
EDT
RSVP Now
What makes The Last of the Mohicans a great American novel?

“Chingachgook grasped the hand that, in the warmth of feeling, the scout had stretched across the fresh earth, and in that attitude of friendship these intrepid woodsmen bowed their heads together, while scalding tears fell to their feet, watering the grave of Uncas like drops of falling rain.”

What makes The Last of the Mohicans a great American novel? How has the novel influenced American depictions of frontiersmen and American Indians? Who influenced Cooper’s writings, and who did his writings influence?

Join the NAS on October 11th at 2pm ET to find out!