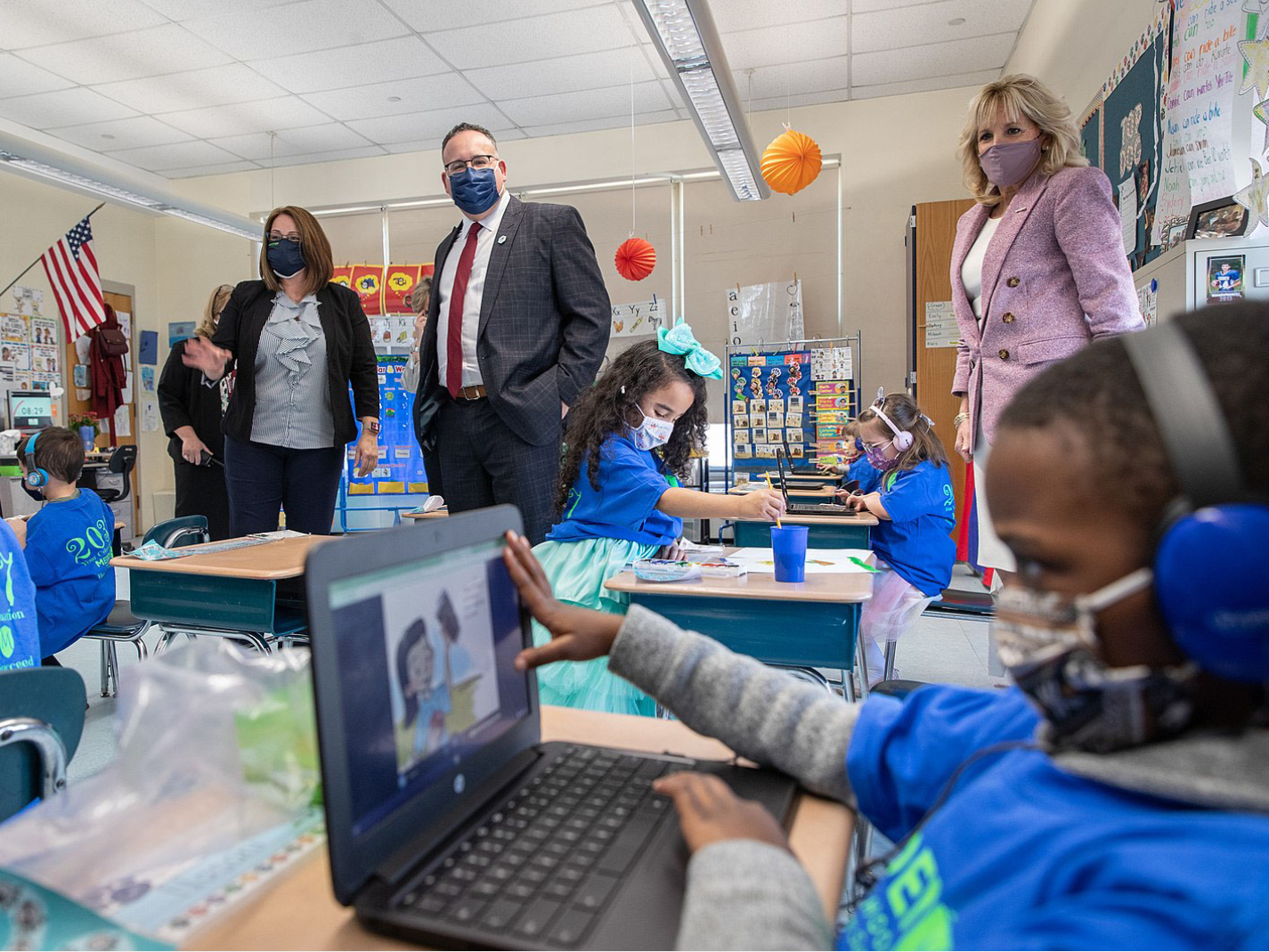 On April 19 the Biden Education Department released “Proposed Priorities,” a set of rules that, if approved, would cement radically racist instruction into the nation’s schools.

The document sets priorities for grants in American Civics and History programs, and calls for public comment by May 19. Applicants for the grants must “take into account systemic marginalization, biases, inequities and discriminatory policy and practice in American history.”

The announcement quotes Biden’s Executive Order 13985, which claims to advance “racial equity” but which foments racial discord instead. According to Biden’s E.O. “Our country faces … crises” such as “the unbearable human costs of systemic racism.” This is a contrived problem that invites a contrived, government solution: “Our Nation deserves an ambitious whole-of-government equity agenda.”

American civics education is at the center of that agenda. Starting with the false premise of “systemic racism, the “Proposed Priorities” rationalize preferences in grant money for anti-Americanism. With alluring terms such as “information literacy,” and “culturally responsive,” the document promotes unserious, pernicious and debunked myths such as the New York Times 1619 Project. In 2019, the Times advanced the idea that America’s true founding principle was slavery. It built pseudo-pedagogies including “anti-racism,” Ibram X. Kendi’s attempt to explain that all variations in racial-group outcomes are caused by racism. The anti-racist solution to present and past discrimination is not equal rights, but more discrimination. As Kendi explains in How To Be An Anti-Racist:

1619-ism and Kendi-ism deny that freedom is a genuine American ideal, and derogate the importance of individual merit and hard work. According to these twin ideologies, America is thoroughly a land of racial oppression and exploitation.

NAS has drafted five model civics bills, intended for the states rather than the federal government, for the use of citizens and policymakers pursuing civics reforms. These five bills provide actionable legislative language for large parts of the Civics Alliance’s Curriculum Statement.

Civics Alliance members should get in touch with David Randall (randall@nas.org) with suggestions for how to improve these model bills.

Texas is target number one in the Left’s play to turn the red states blue with a radicalized version of “civics.” … Several civics bills have been introduced into the Texas Legislature and they run the gamut from 1) a bill that would impose leftist political indoctrination patterned on the Illinois and Massachusetts models on Texas; 2) stealth bills that would do the same over time; 3) a bill that would do no immediate harm but would offer no protections against the encroachments of action civics; 4) bills that would encourage civics, properly understood, while also protecting against the abuses represented by action civics and critical race theory.

H. B. No. 3979 and H. B. No. 4093: These identical bills are based on the model “Partisanship Out of Civics Act,” published on the National Association of Scholars’ website. These bills include the same promotion of traditional civics contained in S. B. 2026, as well as an explicit ban on action civics. These bills also contain an element that isn’t in the Partisanship Out of Civics Act—a ban of the intellectual components of Critical Race Theory from public school curricula. NAS believes our public schools and our republic will benefit from such a ban, although we are agnostic as to the tactical question of whether such a reform should be combined with a ban of action civics or introduced as a stand-alone bill.

H. B. Nos. 3979 and 4093 offer the strongest legislative promotion of traditional civics and bar to action civics.

We encourage Civics Alliance members to inform the public and policymakers about the stakes and consequences of action civics bills, particularly those in your home states.