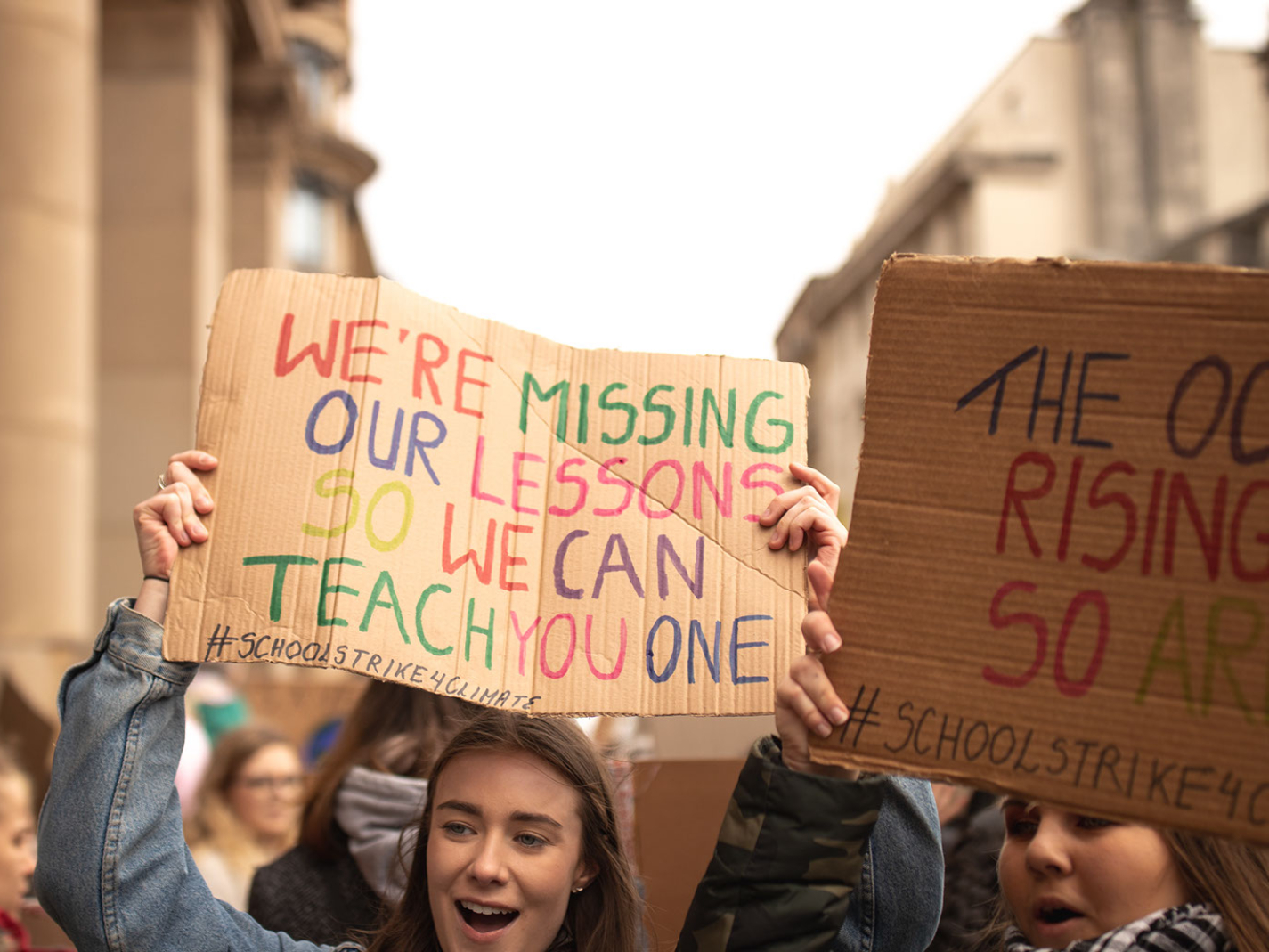 The Thomas B. Fordham Institute recently published “The State of State Standards for Civics and U.S. History in 2021.” The institute is a major player in the effort to advance the leftist program called “Educating for American Democracy,” and the publication of this new report is a bank shot in that campaign. It is intended to convince people that “action civics” (i.e., teaching kids to be leftist activists) is an already well-established and wholesome part of school curricula and therefore nothing to worry about.

The “State of State Standards” is a survey of the K-12 civics and history standards in all fifty states and the District of Columbia. It ostensibly gives Americans a full picture of what civics and U.S. history are currently taught. But it cannot be relied on. One of us has published a long critique of it at the National Association of Scholars website. Here are some of the highlights.

The Fordham Institute slyly advocates for action civics, also known as “protest civics,” in its assessment of each state’s content standards. The advocacy creeps in because the authors grade each state’s civic instruction up or down depending on its commitment to action civics.

I say “creep” because the Fordham report gives readers no clue how heavy a thumb it puts on the scale to favor action civics or disfavor the states without it. The favoritism is buried under the unrevealing term “Content and Rigor.”

Action civics, under benign-sounding terms like civic engagement, community engagement, and project-based civics, claims to be a form of “service-learning” applied to civics education. Students in service-learning classes earn academic credit for working outside the classroom with a nonprofit organization.

That “work” is typically volunteering for left-wing causes. It may be as trivial as envelope-stuffing or putting hangers on doorknobs, but it escalates to participating in protests and demonstrations.

One of the champions of “action civics” is an organization called Generation Citizen, which touts projects such as support for the Green New Deal, climate change protests, driver’s licenses for illegal immigrants, the “school to prison pipeline,” feminist perspectives, and opposition to gentrification. Saul Alinsky’s “power mapping” techniques are a staple of action civics educational materials. Essentially, action civics diverts taxpayer dollars and classroom time to entangle students in the network of community organizers and rent-a-mobs by which radical activists seek to transform America.

The Fordham Institute, which is an AstroTurf “conservative” body, embraces action civics as a supposed compromise between traditional and leftist approaches to civics. The vaunted compromise lies in allowing the traditionalists a say in what gets taught in the classroom, while giving leftists free rein in the action civics sphere.

Proponents of the “State of State Standards” report complicate the picture a bit; i.e. conservatives can do some “action civics” of their own, and leftists get some say in the classroom too. But the main story is that conservatives can talk about the American founding, so long as progressives can conduct the exciting work of teaching kids how to protest.

The Fordham report is rich with the sort of wordplay we have come to expect from “reformers” who have something to hide. The authors declare, for example, that “we have broadened our conception of ‘content’ to include relevant skills (e.g., ‘informed advocacy’) and dispositions (e.g., ‘respect for other persons and opinions’).” But what they define as the “skills” of “informed advocacy” are just the nuts and bolts of action civics pedagogy:

[I]f we could require only one specific exercise, it would be to have twelfth-grade civics students use their knowledge of American history and government to research and analyze the historical roots of and continuing reasons for a current social or political problem, the costs and benefits of proposed solutions to that problem, and possible means of addressing it — and then make the written case for a specific course of action.

The Fordham Institute effectively endorses all the components of action civics.

The “Content and Rigor” section assesses whether standards require factual knowledge of American government and history. The report says “the bulk of a state’s score” in this area is actual knowledge, such as the causes of the Civil War. But “Content and Rigor” also includes the scoring of undisclosed points for “informed advocacy.” Where does content leave off and learning how to propagandize begin?

The report praises South Dakota’s standards as a model. The Mount Rushmore state standards include “civic engagement activities” such as “brainstorming ways of using civil disobedience to implement change.”

One recommended activity from the South Dakota Department of Education’s website is: “Students could investigate the events following the death of George Floyd in Minneapolis in May 2020 and create a timeline of major successes and challenges in the lives of African Americans from the 13th Amendment to modern day society.”

This continues, “Students can talk about their answers in small groups as the teacher circulates and records observations. Once students are done discussing, as a class, they should provide solutions for racial injustice.” What the Fordham Institute describes as “thoughtful and creative,” most Americans would describe as “radical and left-wing.”

So much for “Content and Rigor.” Another section of the Fordham report is “Skills and Dispositions,” where we might expect to see some emphasis on teaching children how to respect the flag, how to treat fellow Americans with honor and dignity, and how to love our country. Apparently such lessons are obsolete in many states.

The report instead wonders if Hawaii has gone too far, in that its

emphasis on civic dispositions is consistent but broad … in many higher grades, at least one standard somewhat vaguely requires that students learn how individuals can improve their communities or change society. Yet most of these standards would benefit from more thoughtful articulation and concerted integration into the course content, and more emphasis could and should be placed on disagreeing agreeably.

“Skills and Dispositions,” the report concludes, can best be instilled via a thorough action civics curriculum.

The Fordham Institute’s report is an unusually thorough and ambitious survey of state standards in history and civics — thorough but fatally flawed by the authors’ subordination of the facts to their advocacy of action civics. The report definitely provides strong evidence that action civics is already here, embedded in the goals laid down by state education bureaucracies.

The lesson for parents across America who have newly awakened to the anti-American agenda of the 1619 Project, critical race theory, “Diversity, Equity, and Inclusion” initiatives, and the Abolitionist Teaching Network is that there are still more monsters in the back of the education closet.

If we are going to restore American history and civics education, we have to recognize the breadth of the problem, including action civics. And we have to be wary of organizations such as the Fordham Institute that offer a lulling message of “I’m on your side,” when they really aren’t.

Peter Wood is President of the National Association of Scholars. David Randall is Director Research at the NAS and serves as Project Director of the Civics Alliance.

Editor’s Note: This article was originally published by The Federalist on August 2, 2021, and is republished here with permission.