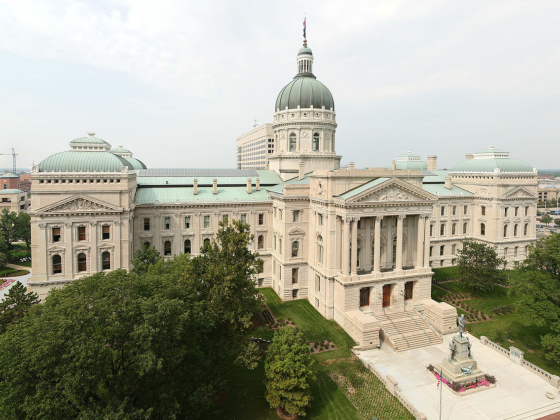 It’s a new year, but the issues of education—from COVID-related closures to rampant politicization—will likely remain central in 2022. With the latest COVID surge, our debate over school closure, remote learning, and the “resiliency” of children has been supercharged. Meanwhile, lawmakers in many parts of the country have been given a clear message: keep ideology out of our schools. Time will tell whether they make good on their promises—and whether such legislation can succeed.

The omicron variant—far more virulent than other COVID variants but far less severe—has created pressure to shut down schools and return to remote learning. School districts in Detroit, Milwaukee, Cleveland, and Newark have all announced that 2022 will begin remotely.

But prominent politicians, including progressive mayors, have recently voiced their opposition to school closures. Chicago Mayor Lori Lightfoot expressed vehement opposition to the Chicago Teachers Union’s plan to return to remote learning, referring to the online alternative as “devastating.” “We know that learning loss was profound. We know that there were huge gaps in achievement. We know that the mental health and trauma issues of our students was real. And we know that it was devastating on families,” Lightfoot said in an interview. In New York, the newly inaugurated Eric Adams has stood by his decision to keep schools open. “I’m not going to allow the hysteria to prevent the future of my children receiving a quality education,” Adams said on CNN.

Perhaps this is a sign that some leaders are coming to their senses.

Meanwhile, how are universities handling all of this? Yale tells students—all of whom are required to be boosted—that they may not eat at outdoor restaurants.

South Dakota Governor Christi Noem recently proposed a ban on Critical Race Theory. Under the governor’s bill, state universities would also be prohibited from compelling individuals from adopting certain “divisive concepts.” We might expect more states to take aim at higher education, and new pitfalls are likely to arise from the arena. The debate over such bills will probably revolve around notions of academic freedom, and while the South Dakota bill doesn’t appear to cross the line, other imitation bills might.

Will such bills succeed in undoing the politicization of higher education? As long as higher ed maintains a bloated administrative bureaucracy—one devoted to the amorphous concepts of diversity, equity, and inclusion—any ban on compelled speech will only address symptoms, not underlying causes. This is an issue worth considering as the debate rages onward and precious political capital is spent.

In any case, we believe that Governor Noem would act more effectively to inhibit Critical Race Theory if she submitted a bill more closely modeled on the Partisanship Out of Civics Act.

Lawmakers in Indiana are also attempting to ban Critical Race Theory. House Bill 1040 and Senate Bill 167 both seek to emulate bills across the country. House Bill 1040 goes further than most, requiring students be taught that “socialism, Marxism, communism, totalitarianism, or similar political systems are incompatible with and in conflict with the principles of freedom upon which the United States was founded.” Like South Dakota’s attempt to regulate higher education, this measure is bound to stir controversy, especially given the current popularity of socialism—“democratic” or otherwise. Senate Bill 167, on the other hand, uses the language and mechanisms of other successful bills, such as Senate Bill 3 in Texas. These bills—and the public reaction to them—are certainly worth watching as the new year begins.

The American Council of Trustees and Alumni recently released No U.S. History? How College History Departments Leave the United States out of the Major. The report tells a grim story about the state of U.S. history instruction at universities: “The report found that 18 of the top 25 public universities did not have a wide-ranging American history requirement for students seeking a B.A. in history in the major or core curriculum.” Anyone concerned with civics should hope that reform can be exhaustive—touching higher education as well as K-12.