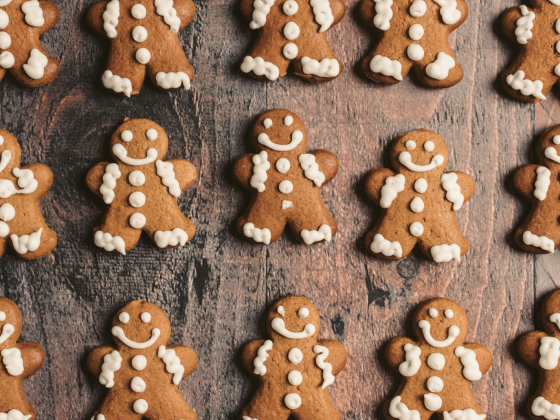 The Future of Gifted Education, the Genderbread Person, and Parental Pushback

At the start of the year, the dominance of “action civics” seemed inevitable. Lawmakers introduced five federal bills that would have funded a distorted civics education, all of which neglect foundational knowledge and encourage student protest projects. In some parts of the country, state legislatures have succeeded in funding this brave new civics. We have yet to see how this will play out in the classroom, but we know it won’t be pretty.

That said, 2021 has also been marked by success—perhaps most notably at the federal level, where action civics legislation has lost steam. Rather than a year when traditional civics met its demise, this year has clarified to many people what they should expect from education. While we can’t let our guard down, we should be happy that action civics has been sidelined. You’ll notice that the term doesn’t even appear in the updates below. We can count that as a great achievement!

Is There a Future for Gifted Education?

A group of 500 mathematicians and scientists have published an open letter, pushing back against California’s new politicized math curriculum. The California Mathematics Framework removes opportunities for advanced math education—in the name of equity—while inserting heavy-handed political ideology into math instruction. The open letter notes that watering down math education could have grave unintended consequences. “Such a reform,” the group writes, “would disadvantage K-12 public school students in the United States compared with their international and private-school peers. It may lead to a de facto privatization of advanced mathematics K-12 education and disproportionately harm students with fewer resources.”

But of course, this question reaches far beyond California—and it’s intimately connected with today’s yet-unresolved debate over the role of education in American life.

Parents Push Back Against California Teachers

Last month, Abigail Shrier reported that some activist teachers have admitted to using deceptive tactics to recruit kids to controversial clubs. As Shrier points out, these teachers actively promote gender ideology, but meticulously ensure that their plans will go unnoticed by skeptical parents. In some cases, teachers rename their clubs, or keep the clubs “unofficial,” so that they fly under the radar. The teachers were remarkably blunt about their methods at the California Teachers Association conference titled “2021 LGBTQ+ Issues Conference, Beyond the Binary: Identity & Imagining Possibilities.”

Now, the parents whose children were recruited by this group have pushed back, after two California teachers reportedly coached a 12-year-old into adopting a trans identity. Parents spared no words at the Spreckels Union School District school board meeting, unequivocally denouncing this usurpation of parents’ rights.

These examples of pushback are encouraging, and it’s worth noting that such efforts can often lead to surprising victories. Recently, a parent and pediatrician raised concern about the UNC School of Medicine’s department of pediatrics—the department’s website proudly displayed the “Genderbread Person.” Remarkably, the department responded by taking down the image. This might be a sign that some institutions aren’t ready to stand behind their radical signaling.

On that point: recently, Abigail Shrier gave a speech to students at Princeton University, which served as a simple call to stand for principles, a call for bravery. As Bari Weiss describes, “Shrier’s message that night was loud and clear: don’t buckle in the face of the mobs. Don’t become a sock puppet to your institution or employer or social circle. Tell the truth. Speak your mind. Reclaim your freedom.” Listen to the speech here.